Depressed, frustrated and angry at the millions of voter fingers pointed his way blaming him for a tanking economy, President Joe Biden is reportedly considering calling a lid on his presidency to pursue a new challenge: managing a baseball team. 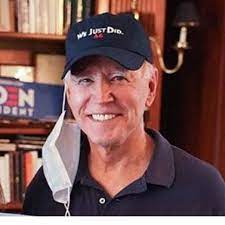 You read that right. Joe Biden may flip his presidential lid for a baseball cap.

“Look, look, it’s like this. Everyone knows I’m not calling the shots right now as president but yet I get blamed for everything going wrong.” Leaning forward, he adds with a fervid whisper, “I’ve had it with all these lyin,’ dog-faced pony soldiers dissin’ ol’ Joe.

“I’ve still got game, and the game I’m aiming for is baseball. It’s pure, it’s simple and its as American pie as Betty Crocker and that guy who sang that song about music dying and the levee being dry because Trump didn’t water it or somethin’.”

The president turned wannabe baseball manager says he’s got his eye on managing a team he’s followed since childhood famous for its infield, though he plans to make significant roster changes from the outset.

“Look, look, this guy Who on first base. He’s out of position because he can’t bend or stretch anymore but he’s still got a good arm. I plan to move Who to third and put I Don’t Know on second and What on first,” the president said.

“Who isn’t playing shortstop, you stupid son of a b,” Biden chortles. “I’m moving him to second. Or is Who on first?” the president muses with a vacant stare.

“Who’s on third,” Doocy says. “You just made that your first roster change.”

“Who did?” the president queries.

“Says you,” Doocy explained. “Who hasn’t commented on the move.”

“But I remember Who playing first,” the president whined. “I saw him after I marched at Selma with Martin Luther King, Jr., in the back of an 18-wheeler, on my drive to South Africa to shake hands with Nelson Mandela.” 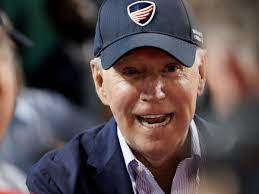 Silence enveloped the press room as reporters sat scribbling what the president meant to say so they could confirm that with his staff afterwards.

“Any Who,” the president said, chuckling at his own wit. “The point is, and here’s the point, and that point is I don’t know what I don’t know, but I do know I Don’t Know isn’t playing shortstop. Capice?

The president promised to circle back on his entire lineup before his first game, but we can report that No One’s Home is pitching at 1600 Pennsylvania Avenue while America burns.