The Gospel according to John has long been considered different than the synoptic gospels of Matthew, Mark and Luke. The latter tell the story of Jesus Christ from the disciples’ perspective, while the former describes Jesus’s life and ministry from Christ’s viewpoint.

Catholic University Professor Michael Pakaluk’s book is a new translation of the Gospel of John complete with insightful commentary and a verse-by-verse overview. Many passages were translated from original Greek texts. His work is premised on the idea that Mary was a significant influence on John’s approach to his Gospel. 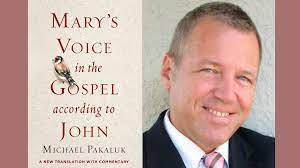 John the Evangelist is historically known as Christ’s beloved disciple and the longest living of the apostles, but Pakaluk offers another significant reason in Mary’s Voice in the Gospel according to John why that Gospel is unique: Jesus in his dying words on the cross committed his mother to the care of John for the remainder of her days.

It is believed that Mary died in 60 or 65 AD and the disciple and Mary lived together for 30-35 years. Both Mary and John were believed to be contemplative people and the author suggests that no one could have lived with the Lord’s mother that length of time without being moved by her understanding of the life and mission of her Son.

“Together they shared a single love, and, like others who deeply miss the presence of their beloved, they would have yearned to be closer to him by remembering together what they had noticed about Jesus, what he had done, and in what setting,” Pakaluk writes in his Introduction. 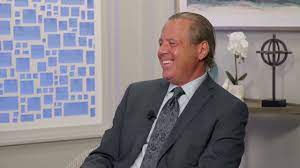 In his fascinating translation the author identifies those parts of John’s writing which may have been influenced by conversations and recollections with the mother of Christ.

For example, who knew Jesus and his special calling better than his mother? And in John’s Gospel women play a much more significant role than in the other three gospels, from the wedding at Cana where Mary informs Jesus the hosts are out of wine (Jesus performs his first miracle), to the Samaritan woman at the well and the different women witnessing Christ’s crucifixion up close and personal.

“A Gospel dominated by the themes of sorrow and separation at death and the joy of reunion and birth is exactly what one would expect the mother of the Christ to tell,” Pakaluk writes.

Pakaluk believes Mary may have helped shape John’s thinking explicitly and implicitly. Explicitly Mary may have pointed out details to John personally. Implicitly John surely noticed Mary’s lifelong attitude to serve; her contemplative insights about her son, and John’s choice to emulate the Lord’s example of love and devotion for the woman who birthed Jesus.

A professor of ethics and social philosophy in the Busch School of Business at Catholic University in Washington, D.C., Pakaluk counts 19th century English theologian John Henry Newman as one of his major influencers and quotes from his sermons and published works frequently in this book.

“Newman has a special insight into the Gospel of John,” the author told an audience at the Catholic Information Center last year. “Newman’s insights into the characters in the Scriptures is extraordinary. I’ve learned how to read the Bible, especially the New Testament, from Newman.”

As he did with his earlier work The Memoirs of St. Peter: A New Translation of the Gospel According to Mark, Pakaluk enjoys utilizing a different approach to his research and writing. He conducts his literary archeology by exploring the formation of texts influenced through other persons rather than previous texts.

His translation of Mark’s Gospel was written through the perspective of the Apostle Peter, and John’s Gospel is viewed largely through the prism of Mary’s insights and recollections. Regarding his approach to translation, Pakaluk admits to wanting to write works that are crisp and striking.

“If someone reads this and says it’s like reading the Gospel of John for the first time, it’s a success, “the author says.

That approach has won over readers in two of the four gospels he has translated, and one can only hope Pakaluk is planning similar efforts with the Gospels of Matthew and Luke.