Over the years there have been lots of stories about the song’s debut, ranging from a church organ in disrepair requiring a musical arrangement for a guitar, to the song being sung only once by its two creators and then discarded.

Like the song itself, the beauty of the true story of Silent Night, or Stille Nacht, Hellige Nacht in the original German, is the simplicity of the song’s heritage.

BACK STORY A young German priest named Joseph Mohr wrote the poem in 1816 that later became the lyrics to the song.

On Christmas Eve day in 1818 Mohr presented his poem to his musician friend Franz Gruber and asked if he could create a melody and guitar accompaniment that could be sung at Midnight Mass in Obendorf, Austria.

That night Gruber and Mohr, accompanied by the St. Nicholas Church choir, sang the song for the first time.

The original composition contained six stanzas compared to the three in the contemporary version and the original lyrics also were slightly different than what is usually sung today.

How did a hastily arranged composition intended for a single Christmas Eve service come to be translated into hundreds of languages and become the world’s best known Christmas carol?

THE DISPERSION OF SILENT NIGHT An Austrian organ builder and repairman named Karl Mauracher traveled frequently to Obendorf over the years to repair the organ at St. Nicholas.

One visit after the debut of Silent Night Mauracher obtained a copy of the composition and shared it with the Strassers and the Rainer Family, two families of traveling folk singers based in his home area of the Ziller Valley. (Think the Von Trapp family immortalized in The Sound of Music but a century earlier.) 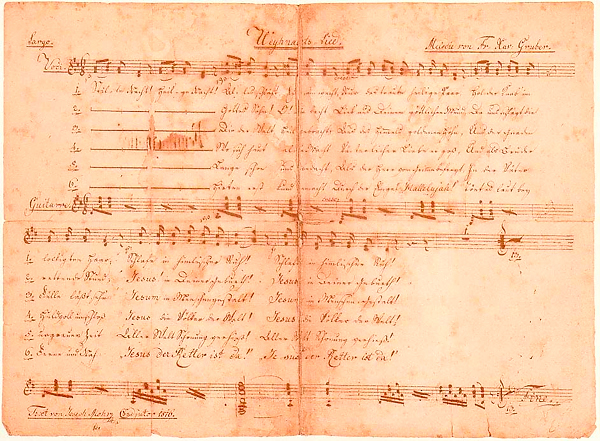 The Strassers reportedly changed some of Franz Gruber’s original notes into the version we know today at a concert in Leipzig, Austria in 1832.  Around that same time the Rainer Family sang the carol before an audience which included Emperor Franz I (Leader of the Austro-Hungarian Empire) and Tsar Alexander I (Russian emperor from 1801-1825).

The beloved Christmas carol was first sung in America by the Rainer Family outside Trinity Church in New York City in 1839.

A decade later the song was famous throughout Europe but its origins were not.  Father Joseph Mohr died penniless in 1848 after donating his meager earnings as a priest to child education and elder care in Wagrain, Austria.

All is calm, All is bright…

THE MYSTERY OF SILENT NIGHT During his lifetime Franz Gruber produced numerous orchestral arrangements of the classic, but when public speculation arose as to the popular song’s composer (Haydn, Mozart and Beethoven were the most popular guesses), Franz Gruber wrote to authorities in Berlin on December 30, 1854 asserting he was the real composer.

Gruber went to his grave in 1863 unacknowledged as the melody’s creator. It wasn’t until 1994, when an early Joseph Mohr arrangement of the song with the words, “Melodie von Fr. Xav. Gruber” handwritten in the upper right-hand corner was authenticated, that the composer’s identity was finally credited.

God has used imperfect humanity for millennia to help illustrate His love for mankind by sending His only begotten Son in the form of a human baby to reconcile us to Him.

Father Joseph Mohr and music composer Franz Gruber can sleep in heavenly peace knowing that their reverent Silent Night continues to touch millions of people 200 years after their inspired collaboration.

EDITOR’S NOTE: For those wanting to experience the Silent Night Chapel here in the United States, check out a life-size replica of Austria’s St. Nicholas Church at Bronner’s Christmas Wonderland in Frankenmuth, Michigan. 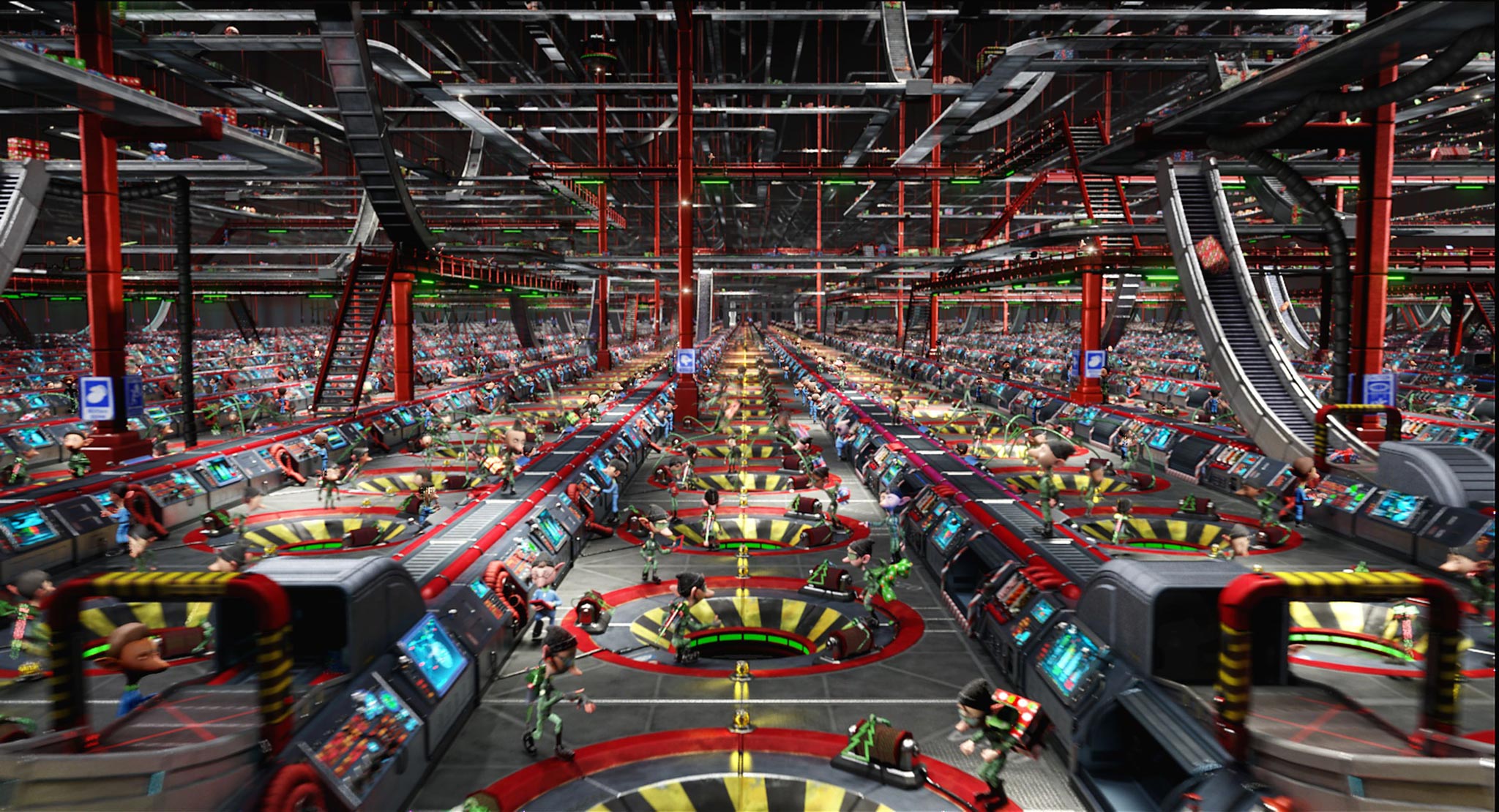 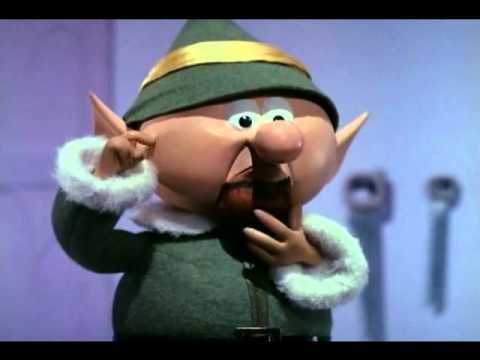 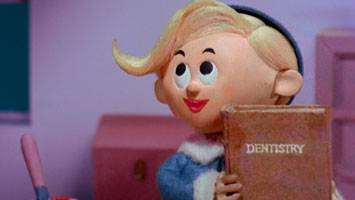 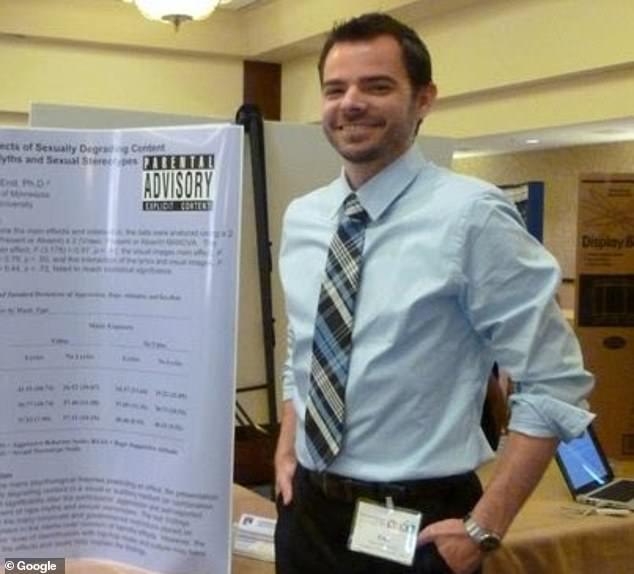 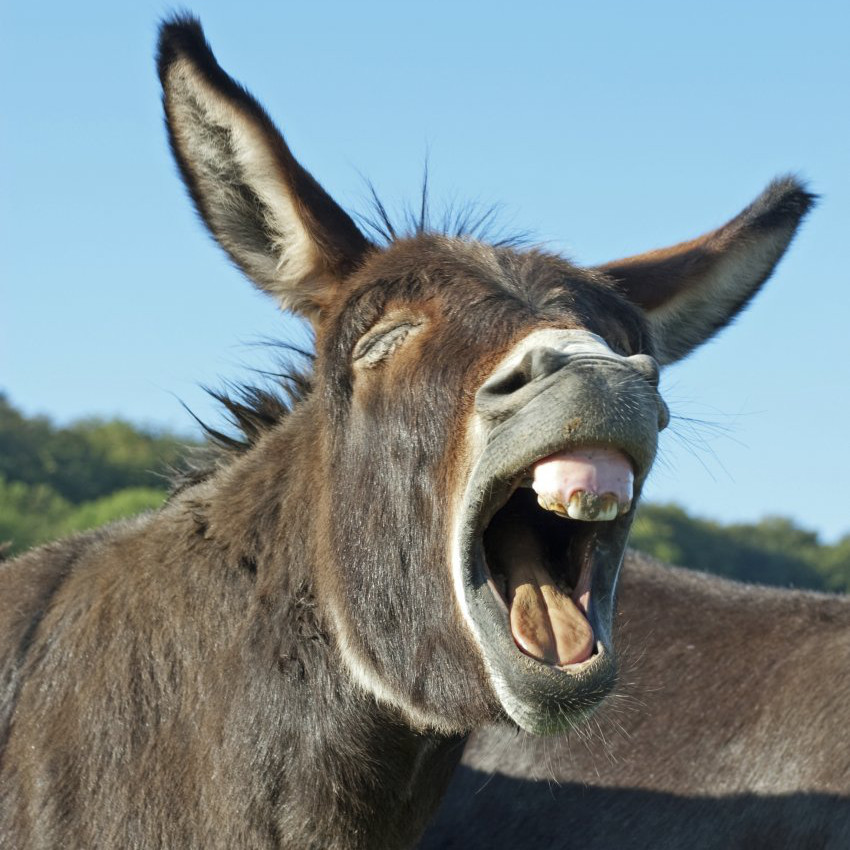