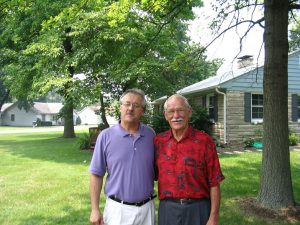 As a devoted non-devotee of graphic autopsies, facial reconstructions and DNA swabs,  I proudly count myself as one of seven people in America that has never watched an episode of CSI.  If it’s still on the air in one of its many spin offs (CSI Mayberry? CSI Beverly Hills? CSI Nineveh?), I also have no intention of doing so.

It’s not that I thought the show was lame, but I get nauseous just spelling “formaldehyde.” In high school biology class I recall breaking out in a cold sweat dissecting Peeves the frog.

But enough about my pet Peeves. In my day job I once blogged about a medical doctor who was serving as a military volunteer. Though he was commissioned second in command of his unit, he insisted on fighting side by side with the infantrymen. Tragically, he was killed by an enemy solder while surrendering before being laid in a common grave by the enemy.

His remains were only identified  when his dentist confirmed the deceased doctor’s denture was the same one he had placed the year before.

Riddle: guess the time period described above? Was it:

If you correctly guessed none of the above, you are smarter than the 64% of Americans who can’t name the three branches of the federal government – which isn’t saying much since even Peeves could croak out one of the three.

But I digress. The deceased was Dr. Joseph Warren, otherwise known as The Hero of Bunker Hill. The doctor was posthumously hailed a hero and after a positive identification his body was brought to Boston with full honors.

The dentist that identified Warren was…well, more on that shortly.

The Rest of the Story

Dr. Warren’s dentist was a multi-tasker before multi-tasking was invented. After his father died when he was just 19, Warren’s friend took over his father’s goldsmith business and also expanded into silversmithing and copper engraving to support his mother and siblings. Three years later he had his own family to care for, eventually fathering eight children.

From 1768 to 1775 he took up dentistry to help provide for his expanded family. In addition to cleaning teeth he also crafted dentures carved from walrus ivory or animal teeth. When his first wife died unexpectedly in 1773, he remarried and fathered eight more children. Talk about multi-tasking!

After the War he opened the country’s first copper-rolling mill, ran a hardware store and later a foundry.  He worked until the age of 76 in 1811 and enjoyed a few years of much deserved retirement before his death in 1818.

All those accomplishments notwithstanding, this multitalented colonialist and part-time dentist is best known for a midnight horse ride throughout the Massachusetts countryside immortalized by Henry Wadsworth Longfellow:

“Listen my children and you shall hear, of the midnight ride of Paul Revere…”

The original version of this post was published at Dental Insurance Store on Sept 23, 2014