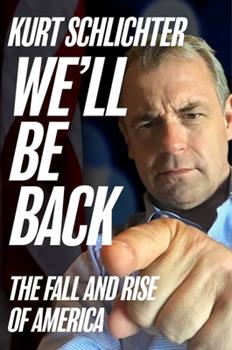 I’m not a lawyer, but I’ve seen enough Perry Mason re-runs to know a good case is based on smart strategy and pragmatism.

In “We’ll Be Back – The Fall and Rise of America,” California trial lawyer, Town Hall columnist and retired Army Infantry Colonel Kurt Schlichter presents a compelling case that our sock puppet president may be dragging America down and out, but it’s premature to write us off as a 21st century Roman Empire in ruins or Orwell’s Oceana.

Thousands of readers know Schlichter for his caustic wit and how he routinely incites pearl clutching among liberals and Never Trump Republicans in his tri-weekly Town Hall columns.

In this new non-fiction gem, he skillfully walks a literary tightrope with a well-researched narrative that is brutally honest, hopefully optimistic, and sprinkled liberally (pun intended) with his trademark humor.

Schlichter notes the U.S. has become flabby with prosperity, self-indulgent and lazy just like the citizens of ancient Rome. The virtues and checks and balances on government intrusions designed by the Founding Fathers have been carelessly discarded and discredited, solely for the pursuit of power, he asserts.

Schlichter writes how America was at its best in 1991 when defeating Iraq, before morphing 30 years later into the rudderless republic we are today.

The central premise of “We’ll Be Back” is that America is headed for a historic showdown if conservatives don’t regain electoral control. “Colonel K” outlines the different ways that could play out: a national divorce between red states and blue states (as detailed in his six-book Kelly Turnbull fiction series), a second civil war, or subjugation by China or American Marxists.

Schlichter offers thoughtful commentary on all three scenarios, including a civil war brought on by a blue rebellion against a red federal government (less likely because blue states are not contiguous and “its population consists of those needing to be fed rather than those doing the feeding.”

A more likely scenario would be red Americans fighting a blue federal government, and again the red states would have the advantage due to a vast connected land mass and troop composition.

“Do you see a lot of transsexual mime studies majors dropping out of Gumbo State to join the Army to fight guerillas in the Ozarks?” he asks. “The Antifa street punk stuff is all fun and games, especially since the cops are there to protect them, but war is different,” Schlichter notes in Chapter 10’s The Second Civil War: Red Revolution.

Regarding Chinese influence over our economy, Schlichter wryly notes in Chapter 11’s The China Crisis, “They outsource their R&D, and largely steal it from us. We outsource our manufacturing, then pay to import it back.”

He also expounds that China’s mushrooming influence on American society is made possible by opportunistic leaders of both political parties, “composed of the corrupt and the clownish, and usually both at once.”

As mordant as the subject of the fall of America is, Colonel K throws readers a lifeline of hope in the final three chapters on how we can crawl out of the abyss of hopelessness and indifference. As he notes in Chapter 14’s America Comes to Its Senses, the Constitution has not failed. Conservatives just need to rally enough Americans around to our way of thinking.

The alternatives vividly described by the author in chapters 3-12 are too awful to do anything less than rally our fellow citizens.

Chapter 13’s The Authoritarian Temptation is fun to fantasize about but unlike the donkey party, conservatives don’t color outside the constitutional lines.

In various chapters Schlichter underscores a point with fictional vignettes, and none is more hopeful and inspiring than the one in Chapter 16’s The Decision Point: 2024. Readers will be pumping their fists at the description of a conservative Republican president who, in his first acts as president on January 20, 2025, begins draining the swamp by firing FBI Director Christopher Wray, every general on the Joint Chiefs of Staff and Dr. Anthony Fauci.

And that is just an appetizer for what follows, such as defunding universities lacking “ideological diversity” and firing every federal employee that has “diversity,” “inclusion” or “equity” in their job title.” 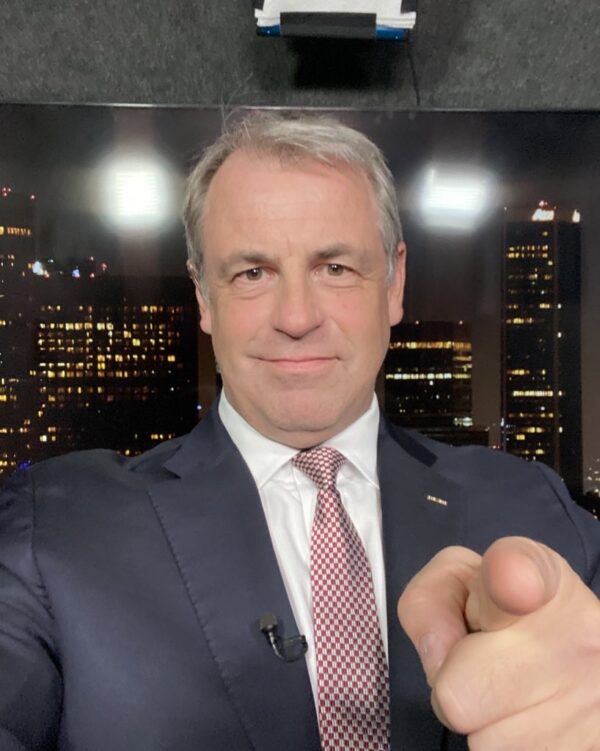 “We’ll Be Back” is provocative, insightful and well researched. The colonel strategically maps out how conservatives can effectively combat the ruthlessness and evil of the past few years, reclaim the God-given rights that have made America great and restore our country as a moral, sovereign and economic powerhouse.

To read my review of Kurt Schlichter’s previous non-fiction best-seller, The 21 Biggest Lies About Donald Trump (and you!), click here.