It is the duty of all nations to acknowledge the providence of Almighty God, to obey His will, to be grateful for His benefits, and humbly implore His protection and favor.
– GEORGE WASHINGTON

President Donald Trump told a crowd of about 50,000 at a Liberty University commencement address May 13th, 2016, “In America we don’t worship government. We worship God.”

America’s fourth president, James Madison wrote, “If men were angels, no government would be necessary.” 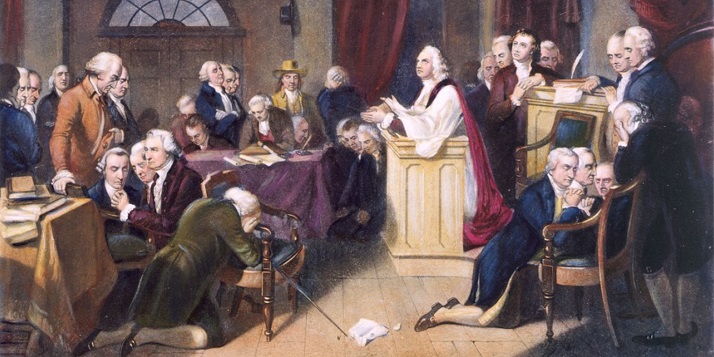 The Founding Fathers knew that for their experiment in democratic self-government to succeed it needed a solid foundation, and that foundation should be built on the cornerstone of Judeo-Christian morality and respect for the rule of law.

One such Founding Father that knew the importance of faith in decision making was Alexander Hamilton. Hamilton was born a “love child” in the West Indies back when out-of-wedlock births were considered scandalous. Because of that he was banned from Christian schools on the island of St. Croix and received his early schooling from a local Jewess.

When he was just 12-years-old his mother Rachel was a single parent and encouraged him to clerk at Beekman and Cruger, a busy import-export firm that traded with New England. After she died a year later Hamilton was virtually an orphan since his Scottish father had abandoned their family when his oldest son was 10.

After his mother’s death the young Hamilton continued to channel his energy into work and self-education, impressing his employer enough that they put him in charge at age 14 while they traveled for up to five months at a time on business. 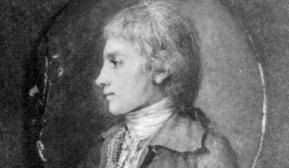 As a pre-teen Hamilton was a voracious reader and was befriended by a Presbyterian minister/newspaper publisher on St. Croix. Rev. Hugh Knox appreciated Hamilton’s intellect and befriended him because he saw potential in the young man.

Likewise Rev. Knox was a major influence and father figure to the ambitious Hamilton. Knox was passionate about his faith, and Hamilton soaked up that passion from both their talks and Knox’s fiery sermons. At age 15 the enthusiastic young Christian publicly shared his faith when an apocalyptic letter he wrote about a devastating Caribbean hurricane was published in Knox’s newspaper.

St. Croix’s local officials were so impressed by Hamilton’s writing and intellect that they collected funds to send him to New York for formal schooling. Rev. Knox and two New York City-based clergymen he arranged as mentors for the 16-year-old encouraged him to attend prep school before applying to college – preferably at Princeton where they sat on the board of trustees.

Lacking a formal education, Hamilton did attend a Princeton prep school for one year, the Presbyterian Academy in Elizabethtown, New Jersey. When it came time to apply to a college though, the ambitious young man opted to attend King’s College (now Columbia University) because they approved his request to study on an accelerated program.

True to his goal, Hamilton immersed himself in his studies and graduated with a Bachelor of Arts degree in just one year.

During his time at King’s College classmates like Robert Troup often witnessed Hamilton’s faith on display, over and above the mandatory chapel services and prayer time.  Alexander Hamilton author Ron Chernow notes that Troupe was “powerfully affected by the fervor and eloquence” of Hamilton’s prayers and attested that Hamilton “was a zealous believer in the fundamental doctrines of Christianity.”

As reported in the February, 2016 Christianity Today, far from being a religious fanatic, Hamilton approached his personal faith analytically. Relying on his intellectual curiosity and what he had learned from Rev. Knox, he studied the claims of Christianity logically and objectively.

Somewhat like author Lee Strobel’s personal story in The Case for Christ, Hamilton questioned, pondered and weighed the evidence contained in the Gospels concerning the Christian faith. Whereas Strobel was once an atheist who later became a Christian, Hamilton was fervent about his faith from an early age but suffered some spiritual stumbles upon entering public life.

Next week we’ll share how Hamilton’s “fall from grace” involved a public sex scandal, blackmail, the death of a family member defending his honor and one of the most famous duels in American history.